Thousands of people plan to take part in a march to the dismantled settlement of Homesh in the West Bank on Tuesday, despite initial objections from the military.

Among the expected attendees are lawmakers from the far-right Religious Zionism party, including its chairman Bezalel Smotrich.

The Israeli army had warned organizers that it would not be able to secure the event, which is due to start at Shavei Shomron settlement at 11 a.m. and travel 14 kilometers (about 8.5 miles) through several villages Palestinians.

But later Monday, Haaretz reported that organizers at the Homesh yeshiva had reached an agreement with the Defense Ministry, which will ensure the IDF secures the march as settlers pass Palestinian villages, despite fears of the army that the event does not trigger new clashes in the West Bank. .

The march will violate military law, which prohibits Israelis from returning to the grounds of the four settlements the government evacuated in 2005 as part of the Gaza disengagement. In practice, the law was barely enforced, with the yeshiva operating illegally atop Homesh Hill for 15 years, often enjoying IDF protection. Court rulings granting Palestinian farmers access to their land in evacuated settlements have also rarely been implemented.

In a recent letter to the organizers of the march at the Homesh yeshiva, Samaria Regional Brigade Commander Maj. high for terrorist attacks across the West Bank.

Zweig warned organizers that they were “knowingly endangering a large group of people who are unfamiliar with the many security threats involved”, while “misleading the public into believing that the event is approved and secure”.

He added that “those who choose to bypass the IDF forces located in the area and walk on dangerous roads inside and near villages are putting their lives at risk.” 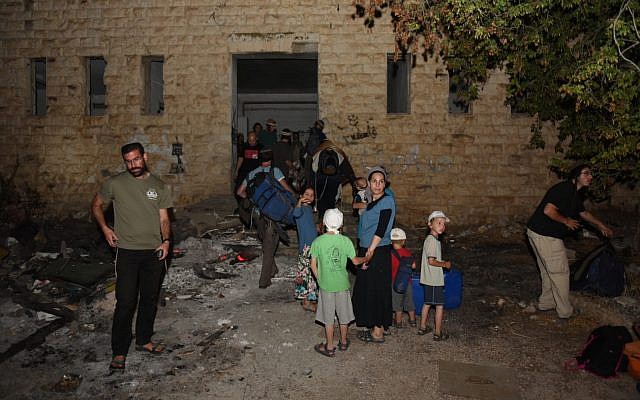 But organizers said they still plan to go ahead with the event whether or not the military secures the march.

According to the national religious news website Kipa, the parents of several settlers killed in terrorist attacks, in a letter to the prime minister and defense minister on Monday, said they were surprised that the army was complaining about a understaffed while devoting “significantly larger forces to allow for Muslim holidays,” and while removing the West Bank closure for the Palestinians.

“Is a festive protest march by the Israeli people on Passover worth less than Muslim celebrations? they asked.

We tell a critical story

Israel is now a much bigger player on the world stage than its size suggests. As a diplomatic correspondent for The Times of Israel, I am well aware that Israel’s security, strategy and national interests are always under scrutiny and have serious implications.

It takes poise, determination, and knowledge to accurately convey the story of Israel, and I come to work every day aiming to do just that.

Financial support from readers like you allows me to travel to witness both the war (I have just returned from a report in Ukraine) and the signing of historic agreements. And it keeps The Times of Israel the place readers around the world turn to for accurate information about Israel’s relationship with the world.

If it’s important to you that independent, factual coverage of Israel’s role in the world exists and thrives, I urge you to support our work. Will you join the Times of Israel community today?

You are a dedicated reader

We’re really glad you read X Articles from The Times of Israel over the past month.

That’s why we started The Times of Israel ten years ago – to provide discerning readers like you with must-read coverage of Israel and the Jewish world.

So now we have a request. Unlike other media, we don’t have a paywall in place. But since the journalism we do is expensive, we invite readers to whom The Times of Israel has become important to help support our work by joining The Times of Israel community.

For just $6 a month, you can help support our quality journalism while benefiting from The Times of Israel WITHOUT ADVERTISINGas well as access Exclusive content only available to members of the Times of Israel community.

Thanks,
David Horovitz, founding editor of The Times of Israel